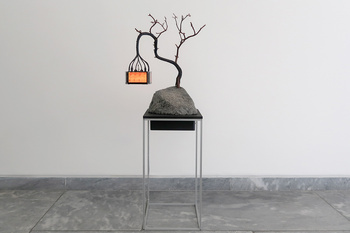 Nicolas Sassoon is an artist based in Vancouver BC Canada. He makes use of early computer imaging techniques to render visions of architectures, landscapes and natural forces. Nicolas often uses MakerBeam to present his work.
The featured sculptures are part of a body of work titled "The Prophets",

On Hackaday Ryan Kinnett introduced his micro Rover. It is modeled after the Mars rover designs. With Perseverance just landed on Mars a nice project to showcase here. 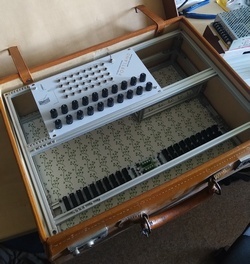 Robert sent us some pictures of his creation: a synth box created with a MakerBeam frame. The end result is a high tech structure made to fit in an old suitcase. You can see some pictures showing you steps in the process. 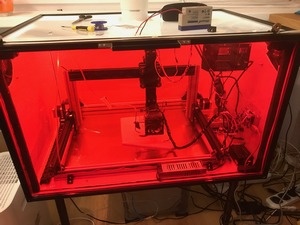 Krysztof Parda from Simply Joy Art sent us a picture from his laser cutter in a MakerBeam enclosure. It is just the one picture, but it does give a good impression of what is possible.