Hendrik-Jan is a student who just started his bachelor studies in electronics September 2019. He made us a pancake machine. Hendrik-Jan chose to use a small pan and attached an axis to the pan. He created brackets so the axis could be attached to the pan. 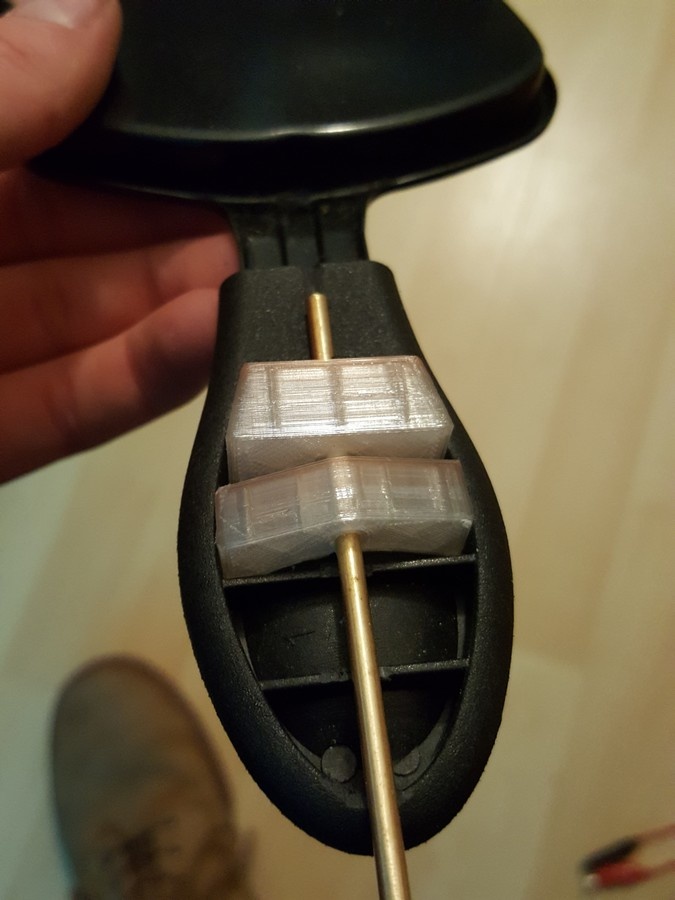 The aim was to have batter and oil come together in a pan that would be heated to bake the pancake. Then the pan was to automatically tilt so the baked pancake would slide off. 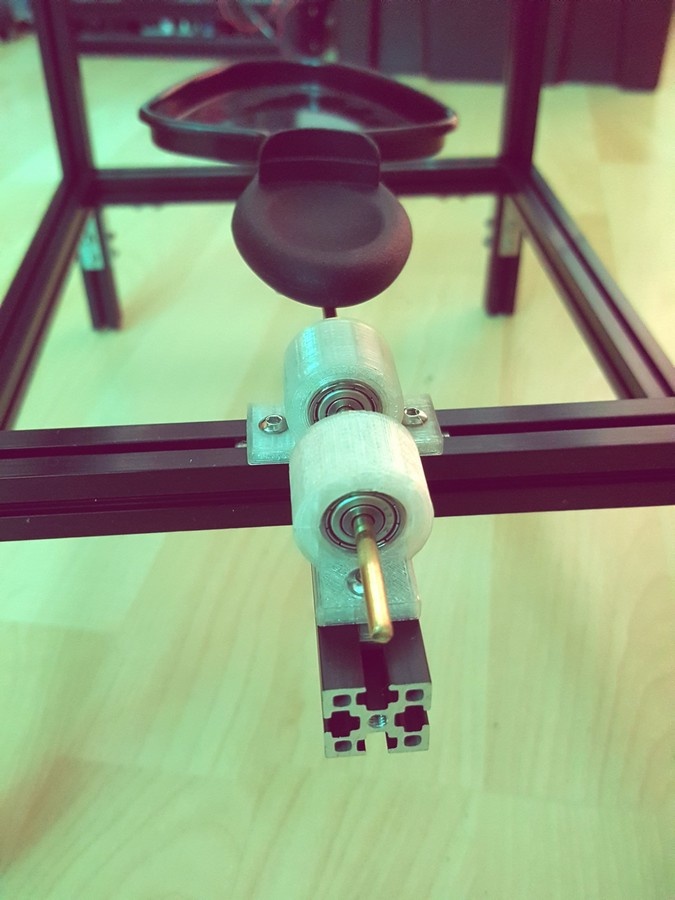 Hendrik-Jan chose to use a small pan and attached an axis to the pan. He created brackets so the axis could be attached to the pan. 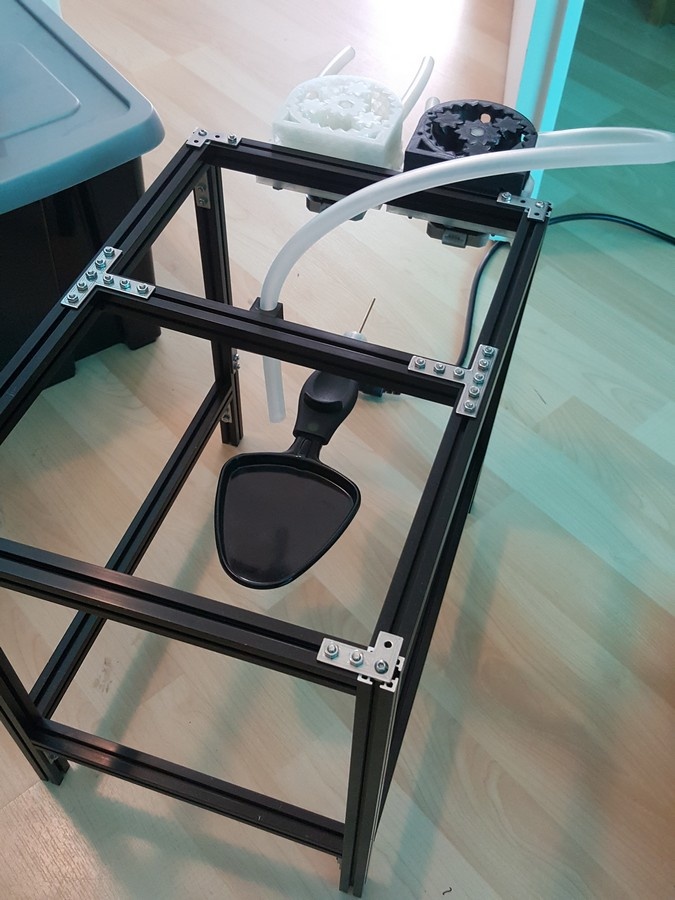 He used MakerBeam bearings so the pan could turn. He created a 3D printed housing for the bearing. The design for this bearing housing can be downloaded here: https://www.thingiverse.com/thing:3885358 (Thingiverse: DieZijner). 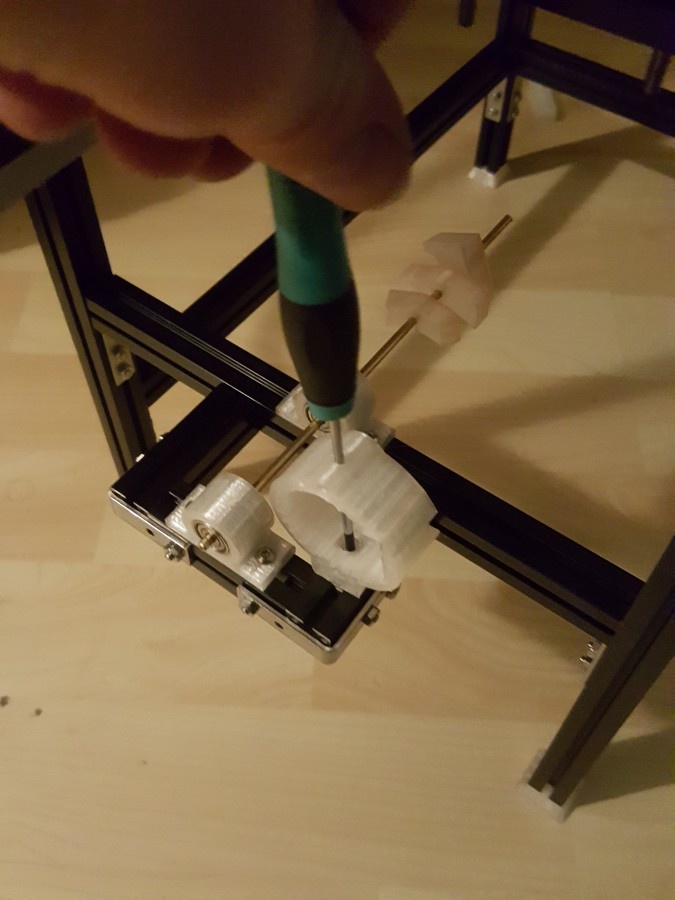 The next step was to add a motor for the rotation of the pan. Hendrik-Jan used a 28byj-48 stepper motor for which he created a motor mount also 3D printed. You can download the design for the motor mount here: https://www.thingiverse.com/thing:3885552 (Thingiverse: DieZijner). 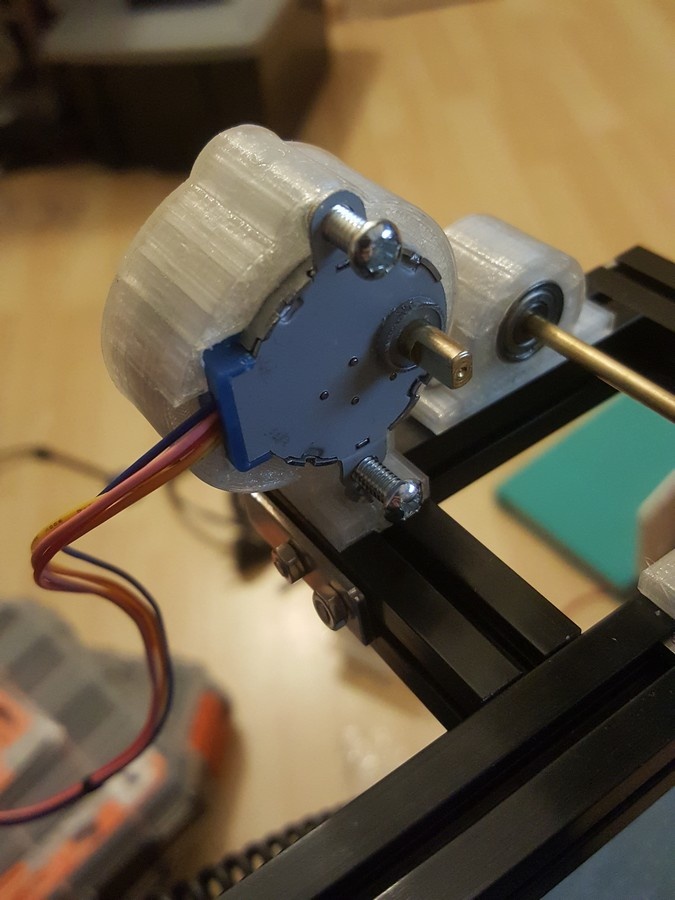 At the time this was the only suitable motor he had laying around. Unfortunately the stepper motor was too weak. The pan could not turn around very fast or the motor would start skipping steps. Although the motor is made to be used on 5volts he even gave it 12 volts at one point. In a hope to give it some more power. This indeed worked, but obviously the motor quickly became hot. Next time he would definitely go with a NEMA17 instead, to avoid the challenges the 28byj-48 motor gave him.